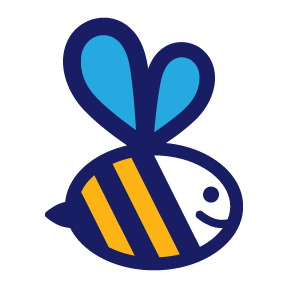 To share just a glimpse of how the experiences and lessons of camp endure for years to come, this celebratory collection of impact stories highlights four unique perspectives on how Havaya helps inform values, define identities, and influence future trajectories.

I embraced my multi-cultural identity.

Because of Camp Havaya,
I embraced my multi-cultural identity.

Paul is the son of a Catholic Peruvian immigrant mother and a Jewish father from rural Maryland. For Paul and his sister, their Peruvian heritage was celebrated growing up through traditional foods (like ceviche, arroz con pollo, pescado lo macho, alfajores — the list goes on), trips to visit relatives in Peru, celebrating Peruvian Independence Day, and cheering on Peru’s national soccer team in the Copa América and World Cup. The family equally embraced Judaism and Jewish traditions, finding community at a Reconstructionist synagogue near their home.

As a sixth grader, Paul’s identity as a Hispanic American Jew was often defined by thoughts of “Am I Jewish enough?” and “Am I Latino enough?” But that summer, when he joined the Camp Havaya family, he realized his blended culture was something to be celebrated, embraced, and shared with others. He saw firsthand how being Jewish comes in a diversity of colors, ethnicities, and identities.

One of Paul’s favorite camp memories is from an International Day, when he and his sister (also a counselor at the time) led what he called an “epic operation” to make a very large batch of alfajores peruanos, a quintessential South American pastry made of two buttery cookies with a dulce de leche filling. They used their mom’s recipe and held a hands-on cooking class, where each group of campers made the cookies and also received a crash-course in Peruvian history and culture. Sitting there with flour on his face and surrounded by his Jewish camp family, Paul understood that it wasn’t a coincidence that the bottom of a kiddush cup was the perfect size for cutting alfajores out of the dough. His identity as being both Jewish and Hispanic didn’t make him less of either; rather, it made him someone he proudly came to think of as a “Hebrew Papi.”

Paul had come to camp as a junior high schooler looking to make friends and create memories playing sports and jumping on the blob in the lake. But he gained much more: a lifelong Jewish community that gave him space to connect with, and celebrate, his true identity.

I discovered who I am.

Because of Camp Havaya,
I discovered who I am.

Julia first came to Camp Havaya in the summer of 2015, when she was nine years old. She had heard about this magical place in the Poconos where Jewish kids from all kinds of backgrounds spend the summer playing sports, exploring, and having the time of their lives. And while Julia had some apprehensions about being away from home, the anxiety quickly melted away as she joined her fellow campers that first year. “I immediately felt really connected. We had the same things in common, the same values.”

Each summer, Julia would return to camp, eager to deepen friendships, grow as an individual, and learn more about the world through a framework where diversity and acceptance guided the conversations. Her interests expanded and, at only fifteen, she has started to describe herself as an activist — raising her voice for equal rights and social justice. Julia credits her fellow campers and her counselors for teaching her that injustice and fear can’t be met with silence.

Because of that, this past winter, when Julia and her friends had homophobic slurs publicly directed at them, she took action. Instead of dismissing the event, Julia put pen to paper, and wrote a letter to her town’s elected officials. She advocated for the installation of a rainbow crosswalk to show support for her “fellow LGBTQ+ community members that feel they don’t have a voice.” The town committee unanimously voted in favor of Julia’s proposal and plans are currently underway to install the community’s first rainbow crosswalk this spring.

Julia is growing into her true self, in part, because of the environment at camp where she feels safe and encouraged to express herself without fear. She credits her summers at Camp Havaya for instilling in her the courage to proudly share who she is with the world — whether that means sharing her Jewish identity and perspectives with peers at her Catholic high school, coming out as a lesbian to her family and friends, or fighting for a more inclusive hometown.

Through Camp Havaya, Julia found her voice. And she learned how to use it.

I found my Jewish community.

Because of Camp Havaya,
I found my Jewish community.

Whether it was being part of an interracial family, having two moms during a time when marriage equality wasn’t yet legal, or even being Jewish, Claire vividly recalls feeling like the odd one out growing up.

That changed almost instantaneously when she got to Camp Havaya in 2006. At camp, Claire found a community where she felt celebrated for exactly who she was. She was free to immerse herself in the arts program, scale the rock climbing wall, and dance her heart out with Israeli folk dance moves. There was less pressure to conform in order to belong. And for Claire, that was a game-changer. As she explained: “Camp was fundamental in my ability to see Judaism as community and not a chore.”

Camp helped crystallize the core Jewish values that Claire would seek out in the other areas of her life. So when she arrived at McGill University in Montreal, Claire started looking for some semblance of that same community. And when she couldn’t find it, she knew she had to create it, explaining: “I wanted to find that sense of belonging again, and for other people to experience it, too.”

At a Passover Seder her freshman year, she was able to voice this sentiment aloud and found others who felt the same. Together, they created a new not-for-profit organization called Am McGill — an inclusive, egalitarian, values-based community that provided a diverse group of Jewish students with a safe space on McGill’s campus. They raised an initial $5,000 on GoFundMe to launch the group. As the founding co-president, Claire spearheaded events, including monthly shabbat gatherings, a Passover Seder, an annual Yom Kippur break-fast, and co-hosting the Jewish freshman orientation with Hillel. She even built partnerships for Am McGill with local Jewish organizations, like the Jewish Museum of Montreal and the Wandering Chew. 70 students came together for the group’s first shabbat. Reciting the prayers, singing songs, and sharing a meal with everyone, Claire knew in that moment she had accomplished something she wasn’t quite sure was possible: replicating the magic of community at Camp Havaya in the world at large.

Today, as Claire prepares for graduate school in a new city, she will once again be looking for a Jewish home that truly sees, acknowledges, and accepts her and those around her. And if that kind of community isn’t already there, she knows that she can — and will — build it.

We live our values.

Because of Camp Havaya,
We live our values.

To say that Camp Havaya influenced the trajectory of Max and Alli’s lives is an understatement. They met in 2005 as counselors-in-training — bonding over the campers’ antics, weekly Shabbat celebrations, and the sheer exhaustion of being responsible for a group of kids all day every day. Eight years later, Max and Alli got married (with lots of camp friends dancing and celebrating!), and today, they live outside of Boston with their toddler, Ezra.

But the impact that camp had on them is more nuanced. Max and Alli’s post-camp paths exemplify how camp values carry over into the professional and personal lives of alumni. For Alli, being a camp counselor provided invaluable experience in social-emotional learning and managing group dynamics, both of which she uses in her leadership role at Ceres, a nonprofit organization that innovates market-based and policy solutions to sustainability challenges. Alli explained: “There’s such an emphasis on values and values-based decision-making at camp, that it has always felt natural to think about those things outside of camp, too.”

As for Max, one of the most rewarding experiences for him was seeing campers grow and become more confident in themselves throughout the course of a summer. And by staying connected with many of those campers over the years, Max was able to see for himself the longer-term impact that camp could have, watching them become counselors and take on other leadership roles in their lives. It’s no surprise that Max went on to become a high school history teacher. As he elaborated: “I would credit those three summers as a counselor with helping me gain a huge amount of that life experience that I’ve carried with me into my career and my experience as a parent now.”

At home, Max and Alli have also found ways to draw on their years at camp. While counselors, they learned first-hand how to cultivate patience and empathy, understand the complexities of responsibility, and practice values-aligned problem-solving — all essential skills for navigating parenthood in today’s world. And as their young son grows up, Max and Alli are excited that the rich, diverse Jewish community they found at Havaya in their youth will carry on to the next generation.

We hope Paul, Julia, Claire, and Max & Alli’s stories remind you of
just a few reasons why you call Havaya home.

Here are some ways you can add your voice to theirs:

Want to share your own “Because of Camp” story? Create a graphic by clicking below and share it on social media using the hashtag #BecauseOfHavaya. We’ll re-post some of our favorites.

Grow our impact and donate to ensure more campers experience their own “Because of Camp” moments.

We’re creating the first Havaya alumni directory and want to hear all about what you’ve been up to since your camp days! Fill out the short questionnaire so we can include you in this exciting new project.

Camp Havaya is a truly extraordinary place—your kid will feel part of something bigger than themselves, and they’ll want to experience that magic year after year.